Our members do great things every day. Visit here for announcements about new initiatives, innovative programs, and leadership changes.

Chuck Mooney, senior vice president of senior living services and chief operating officer, will retire from United Church Homes in December after seven years of service to UCH and a fulfilling career in nonprofit senior living and healthcare management that spans four decades.

On June 6, 2019, public radio WMKV 89.3FM and WLHS 89.9FM will commemorate the 75th anniversary of D-Day with a 12-hour broadcast saluting veterans and their families. The 1995 Peabody Award-winning production is a collection of actual news broadcasts - what Americans heard on their radios during the day and night of June 6, 1944.  The broadcast will air continuously from 8:00am – 8:00 pm, pre-empting regularly scheduled programming.

On Wednesday, May 15, 2019, Graceworks Lutheran Services was named Large Business of the Year at the annual Centerville Mayor’s Breakfast. Graceworks is a nonprofit organization headquartered in Centerville, Ohio.

Hospice of Hope Executive Director, Kavin Cartmell, (RN MSN) has announced her intent to retire from Hospice of Hope in late 2019. Under her 28 years of leadership, Hospice of Hope has positioned itself as one of the nation’s largest and most well-respected community hospices with a census that nearly triples that of the national average.

Eliza Jennings, a nationally recognized expert in innovative aging services, announced that Michael Gray has been promoted to vice president of information technology (IT) and compliance officer effective March 7, 2019.

Eliza Jennings, a nationally recognized and trusted expert in aging services, is pleased to welcome Lisa A. Fluhart, LNHA, as executive director of its Skilled Nursing and Rehabilitation Services community on Cleveland’s West Side.

Ohio Living has expanded its continuum of care with the launch of palliative care services in the greater Toledo market. Palliative care is defined as aggressive pain and symptom management for patients with chronic illness. Palliative care is most appropriate for those with an average life expectancy of one to two years if the chronic disease were to progress as expected.

Long-time Judson Services, Inc. President and CEO Cynthia H. Dunn announced her plans to retire effective June 1, 2018.  Dunn has been with Judson for four decades, serving in various positions. She was named president and CEO of Judson, a Cleveland-based not-for-profit organization, in 1992.

Board Members
Staff
Committees
Ask the Experts
Contact Us 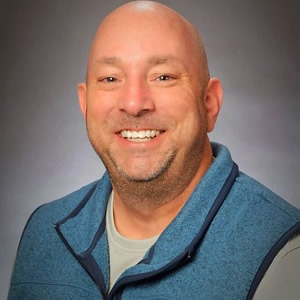 Previous Next
View All Partners

Our national partner, LeadingAge, is an association of 6,000 not-for-profit organizations dedicated to expanding the world of possibilities for aging. Together, we advance policies, promote practices and conduct research that support, enable and empower people to live fully as they age.